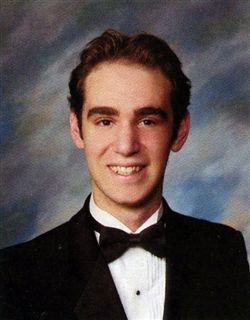 David Romero, S.J., is currently a Jesuit studying to be a priest in the Catholic Church. He attended Crespi from 2001-2005 and says that his time as a student at Crespi was foundational because of the relationships he made with his classmates, and a number of the faculty and staff, all of whom helped him learn more about God's love and how God is actively present in his life. Upon graduation from Crespi, he attended Loyola Marymount University in Los Angeles, and then immediately entered the novitiate of the Society of Jesus (Jesuits). This two-year experience entailed a variety of opportunities, including going on the 30-day silent retreat doing the Spiritual Exercises of St. Ignatius of Loyola, working as a chaplain in a juvenile hall and hospital in LA, going on a 3-week pilgrimage starting with only $30, working at a Jesuit elementary school and parish in Kingston, Jamaica, and teaching at Verbum Dei High School (a Cristo Rey school) in Watts, CA.
Upon completing the novitiate, he made his First Vows as a Jesuit, which are poverty, chastity, and obedience. And his first assignment--which he is currently engaged in--is to study philosophy at Fordham University. He is in the third (and final) year of philosophy studies and will move on to the next stage of formation called Regency, which is a two to three year period where he will do full-time work in a Jesuit ministry while living in a Jesuit community. He is most grateful for the intellectual and affective education he received at Crespi, a time that really deepened his faith and invited him to live out of this faith in service to his neighbor.
Back
Crespi Carmelite High School
5031 Alonzo Avenue
Encino, California 91316-3611
(818) 345-1672 - Hablamos español
info@crespi.org
School Code: 050-867 (CEEB)